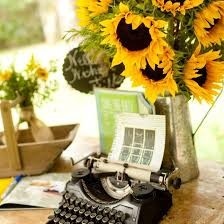 Published in Lansing Metropolitan Woman 1994
My sister refuses to get her dishwasher fixed. She’s afraid if she does, then her car will die. It’s kind of a security thing.

It’s a distorted balancing act from somewhere in the twilight zone known as ‘perverse equilibrium’. It strokes those innocents who assume all is well with the world if cars, major appliances and plumbing are clicking along comfortably. They neglect the ominous signs of impending doom. Naively, they repair a car problem the week before Thanksgiving when they are expecting Aunt Eunice, Grandma and the in-laws.

Not a good idea.

Now they’ve invited either the plumbing or oven to take a vacation. Have you priced hiring a plumber or repairman to come out on a major holiday lately? It’s on par with a twelve block cab ride in Chicago.

My neighbor, Ann, who is by nature a calm, easygoing person, was a jittery mess the other day as we chatted in our driveways.

“We finally got the van fixed,” she stated, unable to meet my gaze.

I stared at her in disbelief.

“Why? You just bought a washer a few weeks ago. Are you nuts?”

“I know, I know. But Paul was tired of carting the kids and me around everywhere or being without the car. He did it without telling me!”

She grabbed my shoulder, nails digging deeply with fear. “Do you think that makes a difference? I mean, do you think it will still happen to me? I didn’t DO anything!”

As I spoke, a squeaky hiss emanated form the side of her house. Our eyes locked. No words were needed. I followed her around the corner of her house to find her doubled over in hysterics.

“Ann, what is it? A gas leak? Is the house going to explode?” This seemed dire but she had pressed her luck to the limit.

Then I saw her hysteria was one of amusement, her tears of joy. She answered my quizzical expression through sporadic sobs.

As her whoops of joy finally subsided to smaller gulps and sniffles, I mildly eeked, “ I’m so happy for you, Ann.”

I said it sincerely. I meant it from my heart. Now she was set for the winter; nothing could touch her. The bubbling jealousy stayed in the pit of my stomach. Who was I to deny my neighbor this rare, if unfounded, balance of events?

Then, out of the corner of my eye, I saw them.

“Ann,” I stated calmly, a smug smile barely creasing my lips, “that wouldn’t happen to be a swarm of locusts in your backyard, would it?”

She challenged; she lost.

No matter how much my family complains, we’re NOT repairing the downstairs toilet. I’m no fool!