Gilmore Girls and Me 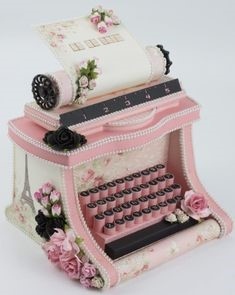 Gilmore Girls and Me

Kim Delmar Cory
The seven season series, Gilmore Girls, and its four afterglow episodes, A Year in the
Life, have inspired me, as a woman of a certain age, to consider spending ‘my pension on brandy
and summer gloves.

Why do I feel obliged to watch these reruns mercifully offered on Netflix enough times
to rival the number of ubiquitous twinkle lights wrapped around every pole, tree, building,
newspaper stand, and the town square gazebo in the small fictional Connecticut town of Stars
Hollow along with the extravagant over-the-top pumpkin and gold leaf decorations saturating the
town in autumn?

Irreverent elegance, spirited defiance, and the flouting of civilized behaviors stick to me
like white rice to the bottom of a pot with every rewatched episode.
These are women who age gracefully but never grow old. And they both look good
wearing a lipstick called “Vicious Trollop'.

I admire Lorelai and I want to be Emily when I grow up.
Lorelai Gilmore, lovely single mom to a 16 year-old daughter, is in her 30s throughout
the seven year run of the original series Gilmore Girls. Eccentric, independent and sassy, with a
penchant for Jimmy Choos and red vine candy, Lorelai is someone that women of any age would
love to emulate.

She runs a charming Inn. Check. She hates exercise. Check. Not a fan of salad. Check.
What are the odds of a mother warbling the sappy theme song from the movie Beaches,
“You are the Wind Beneath my Wings”, to her teenage daughter like Lorelai does after two
teenage boys have a knock down drag out fight over the daughter that had to be broken up by the
police? Anybody?

Within the final Year in the Life episode that occurred nine years after the original series
ended, Lorelai is happily with the same man, Luke. It is by her choice that they are not married.
Her Inn is struggling and a beloved employee is leaving.

She is in a rut. A work rut. A life rut.
Has that ever happened to any of us when in our 40s? (Communal nod acknowledged). Maybe
we get a new hairstyle, hunt up a new gluten free, low fat, vegan recipe, or move the couch to the
other wall. Exciting stuff.

So what does Lorelai do in response to her 'rut'? She decides she needs a change. So she
challenges herself to do Wild (the book). Yes, Lorelai, who despises any outdoors beyond her
porch, determines she will hike the 2650 mile long Pacific Crest Trail in an attempt to find
herself.

After buying a backpack that likely outweighs her, hiking boots, and unfood-like
substances in tubes, she flies out to the West coast and, although she doesn't hike the trail, in her
pursuit of this goal Lorelai discovers answers to her life questions.
No couch shifts. No new hair style. No new recipe (she doesn't cook anyway). Check.

Just flying by the seat of her pants out of her comfort zone.
For decades within the original series, 60 something Emily, high society mother of
Lorelai, served as chair of fundraising committees for orchestras, ballets, hospitals, libraries, endangered animals and hundreds of causes du jour.

Her entire existence revolved around
coordinating her social calendar and that of husband Richard, hiring and firing household staff
-her record of firing maids likely held at two per day -- and contributing to the economy with
copious sumptuous purchases.

Emily's status as darling of the DAR (Daughters of the American
Revolution) was without a doubt one of her most cherished accomplishments.
Skip to 9 years later in an A Year in The Life segment where now 74 year-old Emily sits
on a DAR membership board. Emily and her stately DAR darlings are interviewing a bimbo
esque trophy wife for potential admittance to the DAR. They all know it will never happen but because the interviewee is the third wife of a prestigious member         of their social circle, 'Barbie' is interviewed. Emily ambles over to a table and noisily rifles through a box of cookies, choosing
one that suits her as the board ladies continue their pointless interview.

In what might be the
most extraordinary and illuminating words spoken by the character Emily throughout her tenure
as a matriarch of society and the DAR, she proclaims with dismissive eloquence that could only
be delivered by a woman of a certain age: “Bullshit!”. Emily has had enough of the affectations
of the DAR and everything involved in it. It is all “Bullshit.” Thus this classy broad meanders
out of the room, leaving all with their mouths agape.

‘Bullshit' is a good word and I am inclined to use it more often, thanks to Emily Gilmore.
Since her husband, Richard's, recent death, Emily struggles to reinvent herself. Her
marriage to Richard and place in society defined her. Now she has lost one and dismissed the
other.

When Lorelai visits her mother one afternoon, she finds Emily throwing out her precious
belongings. A friend had recommended The Life Changing Method of Tidying Up book by
Marie Kondo as a way of decluttering her house of any and everything that doesn't bring her joy' before selling it. Including prized art work, antique furniture,         designer fashions and more.


After Lorelai points out that her mother may regret throwing out her furniture, clothing and
antiques, Emily discovers this is not the way to reinvent her life.
It's hard to regroup after such losses. We will probably have like experiences. Possibly
react as Emily did.
But Emily does sell her house. She takes on a “gentleman friend'
(much to her daughter's chagrin) who does not replace Richard, but simply provides her with the companionship of a
man of a certain age.

She buys a small cottage on Nantucket Island that might well have fit into
the living room of the mansion she sold.
And she lives in her cottage. Sitting on a yard swing overlooking the stars and ocean with
a glass of wine at night, bundled up under a blanket.
Smiling.
Possibly contemplating how she will spend her “pension on brandy and summer gloves.'